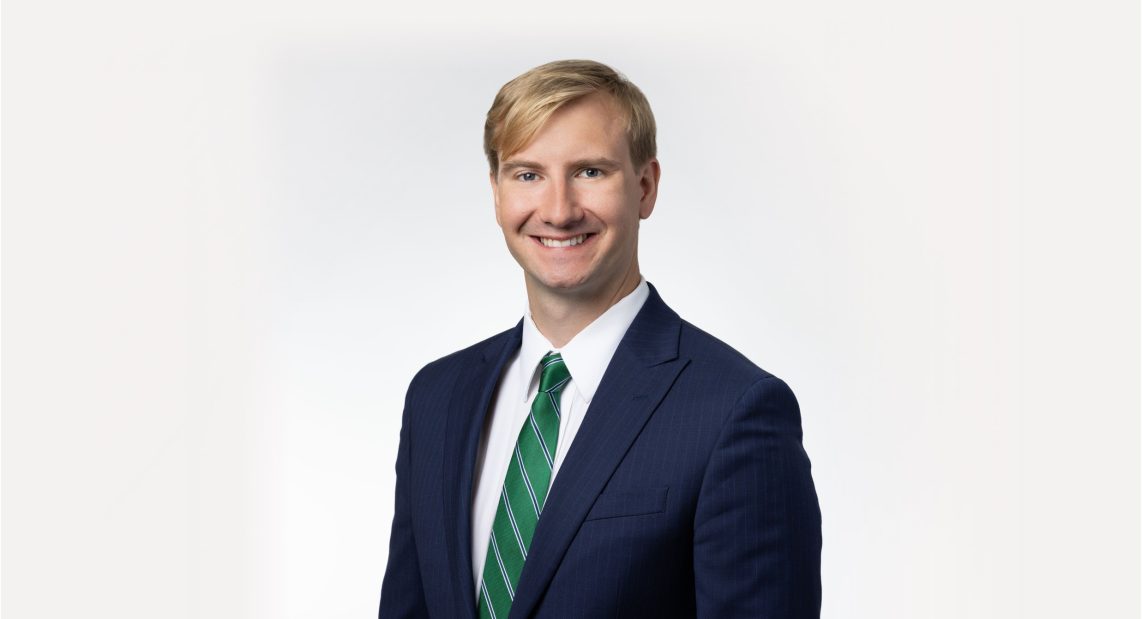 A born litigator adept at simplifying the complicated

The decision to practice law was an easy one for John McInnis, having grown up in a family of attorneys. Drawing inspiration from two uncles, three cousins, and his grandfather, John knew he wanted to be a lawyer from an early age, even noting it in a fifth-grade journal. Even though going to law school was always the plan, he decided to further his education at the University of South Carolina and gain real-world experience before turning his attention to the law.

Immediately after college, John enrolled in graduate school, earning a Master’s in Public Administration. Studying the innerworkings of government on a day-to-day basis piqued John’s intellectual curiosity and further solidified his already strong desire to one day practice law.

Following grad school, John worked as a claims adjuster, a job he enjoyed because it provided opportunities to converse with many people from all walks of life. In this role, he was tasked with making complex commercial policies digestible to individuals with no background in insurance and then setting realistic expectations. Serving as a claims adjuster taught John how to effectively communicate with clients—and he quickly learned it all starts with being a great listener.

Despite a rewarding career, John still hadn’t fulfilled his fifth-grade dream of becoming a lawyer and made the decision to go to law school in 2018, enrolling at the University of Richmond School of Law. While there, he was involved in the Client Counseling Negotiations Board, served as vice president of the Federalist Society, and participated in the Moot Court competition as a 1L.

Upon graduating, John clerked for Henrico County Circuit Court, which proved to be invaluable in his development as a young lawyer. Clerking allowed John to hone his skills as an attorney, having his writing and research critiqued by judges on a weekly basis, as well as gain familiarity with many different practice areas. However, the real value was in having a front-row seat to observe two skilled attorneys litigate a tough issue—and then returning to the presiding judge’s chambers to discuss the merits of the case.

John lives in Richmond with his wife Martha, where he spends his free time enjoying the local food scene and following his South Carolina Gamecocks sports teams.